The Ohio State University and its Credibility Problem 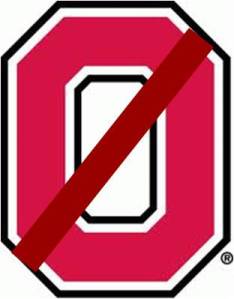 Ohio State’s Jim Tressel and Terrelle Pryor, cleared by the NCAA for the Sugar Bowl, later were forced to resign (Tressel) and suspended (Pryor) for violations the NCAA knew about prior to the Sugar Bowl. BCS games are among the biggest revenue events in collegiate athletics, so the NCAA waited until the money was in the bank.

Tressel admitted he was warned that OSU players were breaking NCAA rules, but said he did nothing because he “couldn’t think of who” to report this to. Ohio State has a six-person NCAA compliance office. It took me 45 seconds to get the names and phone numbers. Surely the associate athletic director for compliance sits within walking distance of Tressel’s office. With a straight face, Tressel claimed he didn’t know whom to tell about a compliance issue.

After the scandal broke, Ohio State announced it was voluntarily “vacating” all 2010 football victories. Yet open the new 2011 Buckeyes football media guide and the games are listed as wins.

As for OSU President Gordon Gee…[he] seemed to stand for the school’s integrity when he announced Tressel had resigned and would be fined $250,000. Later, Gee quietly changed Tressel’s resignation to a retirement, qualifying him for taxpayer-subsidized state benefits, waived the fine, and awarded Tressel about $50,000 in severance. So when the president of OSU makes a public announcement, he may or may not be telling the truth. That’s some example Ohio State is setting.

Defending the program as Tressel departed, Gee wrote, “Ohio State’s football team ranked first in academic performance among the nation’s top 25 teams.” Melinda Church of Gee’s office told me he was citing this NCAA Public Recognition Award: under Sport, click “Football FBS,” then “Display All.” But the award is not for “academic performance.” The award is for improvement as measured by the NCAA’s Academic Progress Rate  [the “APR”] — that is, for raising a previous score. Gee changed academic “progress” to academic “performance.” Misrepresenting the content of a cited source is a big sin in academia — but apparently doesn’t bother the president of Ohio State….

The NCAA for its part is poised to make the APR system somewhat less lax — but only to the extent that colleges must graduate 50 percent of their athletes in order to qualify for football bowl games and basketball tournaments. That the NCAA’s ambitious goal is 50 percent graduation of athletes tells you how deeply fouled up the situation is.

Don't let the bastards get you down

This from the Tuesday Morning Quarterback column on ESPN.com’s Page 2.  I am in complete agreement.  Winning college football games isn’t everything.  Conducting yourself with class and pride counts for much more over the long run–something that Nick Saban either never learned or forgot.  When these Notre Dame players tell their grandkids about their playing days, they won’t talk about their won-loss record, but the kids will know from watching grandpa what kind of a man ND helped make him.

Sportstalk radio continues to call for the head of Charlie Weis of Notre Dame, whose team is “only” 6-4 after close losses to power schools. Must be that when Weis got to South Bend, immediately he forgot how to coach. Bob Davie and Tyrone Willingham, his predecessors, saw their coaching careers hit the rocks, too, upon arrival at South Bend, followed by boosters’ demands that it become 1966 again and Notre Dame roll over opponents. TMQ thinks Notre Dame alums should be proud of the football program’s recent struggles — because the reason for the struggles is that Notre Dame still requires football players to attend class. Over the past couple of decades, increasingly most top 20 football schools have discarded any pretense of education. With a 94 percent football graduation rate, Notre Dame is competing against programs with a 68 percent football graduation rate (Florida), a 55 percent graduation rate (Alabama) and a 50 percent graduation rate (Texas); other football power schools have similarly miserable grad rates. Low graduation rates at big football schools mean players cut class to concentrate on sports, being pros in all but pay. “Don’t go to Notre Dame, they make you study there, come to our college and party, party, party” has become a recruiting pitch that undercuts the Fighting Irish. It is extremely cynical of other football powers not to educate their players; Notre Dame is among the few football powers (others are Boston College, Nebraska and Stanford) to refuse to give in to such cynicism. Want the Irish to win more games? If the school stopped making football players do term papers, results would improve. That would hardly be in the best interest of the players — or of Notre Dame.

Two weeks ago, when Navy defeated Norte Dame in the closing seconds at South Bend, both teams and 80,795 people stood quietly and respectfully in the twilight as “Blue and Gold,” the Navy alma mater song, was played — only a genuine institution of learning like Notre Dame could produce such a moment. Wasn’t it worth more than a victory? Wasn’t it far more impressive than the mindless fist-shaking exhibited by some big-deal football programs after 40-point wins against cupcakes?

Having spent nearly six hours last night watching playoff games (Bulls and Blackhawks), there can be little doubt that the current excitement level generated by the NBA and the NHL playoffs proves one thing:  the supremacy of the NFL is driven by the fact that each and every NFL game is meaningful.  The longer the season, the less meaningful each game becomes, the less people are interested.  When games become meaningful, people pay up for tickets, make it “appointment television” and tune in.  (This obviously applies to baseball, too, but Chicago teams are so infrequently in the MLB playoffs that it’s a point that hardly seems worth making.)

The regular seasons of these sports border on the unwatchable–especially the NBA.  They play six months to eliminate only a few teams, then play like it really means something for three months.  Not so the NFL.  Those guys are grinding on every down.

The reasons for this include:

I’d like to claim this insight as my own, but it has been previously made by Gregg Easterbrook in his guise as ESPN.com’s Tuesday Morning Quarterback.  I’ve been reading his columns for years (since he was on Slate.com eons ago), and it has changed for the better the way I watch football and my understanding of it.  For a football fan, I cannot give a stronger recommendation.